The world is determined to involve people with disabilities in all acts of social life.
The french law of February 11, 2005, for the participation and equality of disabled people, has reinforced the obligation to develop buildings open to the public that allow access and movement of all people with some type of disability.

If up to now there has been a certain delay in the field of accessibility, it is because a too broad notion of the concept of disability was maintained, and an extreme desire to differentiate the specific needs of people with disabilities, with respect to the rest of the population. 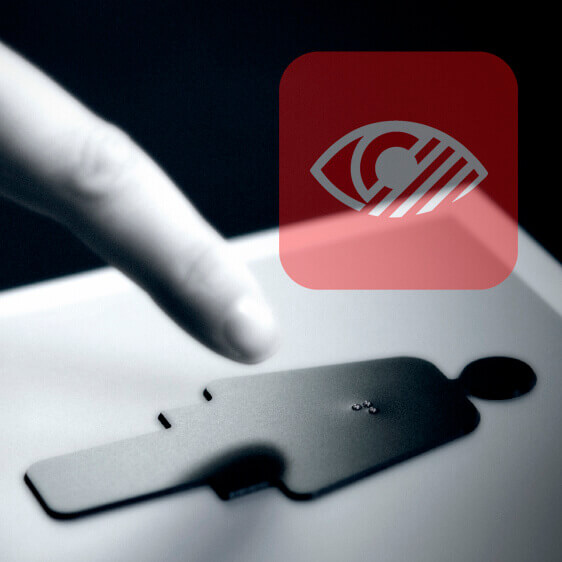 The signage system is a true “mode of use” of the building, and therefore plays a leading role in terms of accessibility.
The objective of marcal is not to create a supplementary system parallel to the existing ones, but to find the convergences.

The "full access" takes into account visual and cognitive disabilities from the conception of the system, to define a total signage program. It prioritizes in which aspects the adaptation to the visual impairment improves the overall quality for the public as a whole.

The signage in this situation must allow the early identification of the itinerary to optimize the movements of all users.

The "full access" thus regroups the set of solutions available to marcal to guarantee equal accessibility in accordance with the "French disability law":

> study on the building maps: analysis of circulation flows and implementation of signage systems.

> sequential movement chain and coding logic of spaces for referencing and universal understanding of the environment.

> ranges of universal and standardized pictograms.